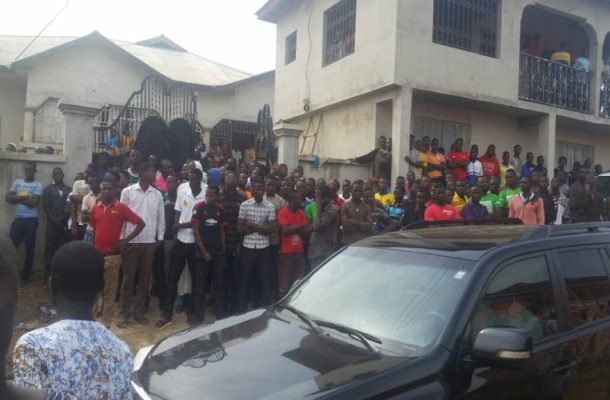 Over 700 Ivorians have been detained by the Ashanti Police Command at Atimatim New site in the Afigya Kwabre West District.

They claim that they are in Ghana to establish a business under the name Q-Net and recruit people to market their products.

Among their product is Chief Pendants. The heads were enquired by the Police Commander COP Ken Yeboah and the Ashanti regional Minister Simon Osei Mensah and they were not convincing enough.

They were also not able to show samples of their products to the police.

The regional Minister, Simon Osei Mensah while speaking to the press described the situation as a threat to national security.

The residents of the area according to him (Assembly Man) are currently sitting on time bomb since the Ivorians came to the area.

“We don’t need them in our area. We don’t know where they came from and what they are coming to do here. My people cannot go out at night because of these people” he stated.

Their leaders are currently at the Ashanti Regional Police headquarters assisting police in investigation.

Sources indicate that the Regional Security Coordinating Council(REGSEC) will be meeting to see how best they can handle the issue.