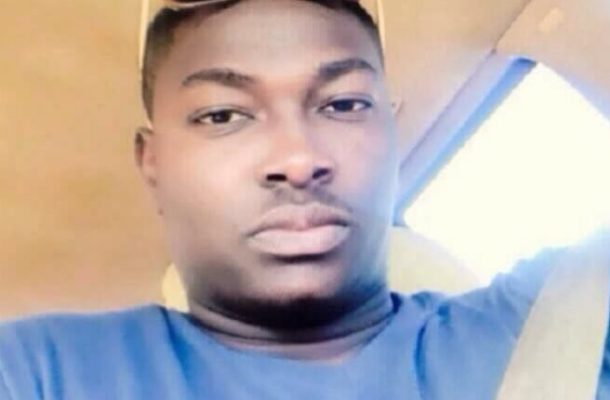 The Police CID has arrested the leader of a massive social media fraud syndicate after two months of Investigations by Starr News.

The suspect popularly known as Joshua Torkor, but in real life called Joshua Ekow Sagoe, was arrested by the Police after he turned himself in at the Police Headquarters after his key accomplice, Adwoa Akumia, a National Service Person who was posted to the Ministry of Foreign Affairs was first arrested.

Starr News began the investigation upon a tipoff by a victim based in the United States of America of the activities of the Social Media Fraud syndicate. The accused person, Joshua Ekow Sagoe, from our investigations posed as an officer of the Criminal Investigations Department (CID) and Interpol who goes by the name Joshua Torkor and contacts his victims through social media platforms such as Facebook and WhatsApp. He then tells them that the CID and Interpol have intercepted some information about them and are ready to publish them.

He further threatens that after publication, the Interpol will come looking for the victims and possibly deport them to Ghana for prosecution. If he succeeds in getting the attention of his victims, he then proceeds to make financial demands claiming that upon payment, he is able to influence the security agencies to back off.

Through this blackmail and scam activities, Ekow Sagoe has succeeded in defrauding several unsuspecting people both in Ghana and abroad.

The Ministry of Foreign Affairs Connection

In the cause of the investigation, Joshua Torkor made a demand for $4,000.00 from one of his victims. The victim who had then contacted Starr News was advised to deliberately refer the demand to his cousin here in Ghana. The suspect promptly agreed and started engaging a member of the investigation team for possible transfer of the funds.

The National Service Secretariat under the auspices of the Executive Director organized a meeting between the investigative team and the principal witness (Adwoa). Joshua after Adwoa’s arrest voluntarily reported himself to the Police where he was arrested and subsequently charged with impersonation.

Why can’t we do what others do? -The Seer Asked