A 44-year-old mother of three was on Wednesday attacked by a group of armed robbers at Anyinam, a suburb of Obuasi near the Sam Jonah Quarters, robbed and stabbed to death. 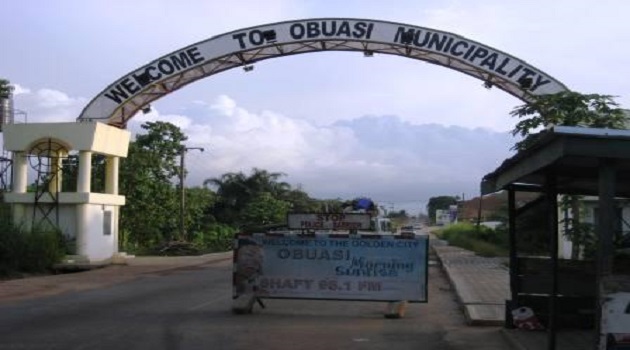 The death of the lady at Anyinam comes on the heels of last Tuesday and Wednesday’s violent robberies at the North Industrial Area in Accra and the killing of a Lebanese cashier, Ahmed Safiadeen, 54, at Tema.

The deceased, Bernice Mawuena Paku was returning from Obuasi main township after her tie-and-dye business when she was accosted by the knife-wielding young men close to the Anyinam Roundabout at about 7:45 pm.

Husband
The husband, Koku Paku, 45, who had called the wife to enquire of her whereabouts moments earlier, said he heard Bernice screaming for help just when the line was about to drop.

As a result of the background noise, the husband who the wife had informed of her location, rushed with friends to the scene only to see her with multiple knife wounds and gasping for breath.

Together with the friends, Mawuena was rushed to the AGA Hospital but died two hours after arrival.

Police
The Obuasi District Police Commander, DSP Mr Mohammed Ali confirmed the story to the Graphic Online but said he could not give details since every information had been forwarded to the regional police command in Kumasi.

The public relations officer at the regional police command, ASP Juliana Obeng, corroborated the story to Graphic except to add that Mawuena was stabbed at the entrance of her residence at Anyinam.