Popular radio presenter, Abeiku Santana, has hit back at conspiracy theorists claiming he belongs to the Illuminati secret society. 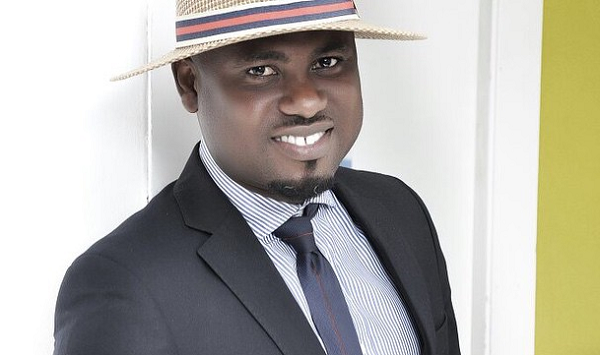 For Abeiku, it is funny as it is ridiculous for people to just by the figment of their imagination tag him as a member of a secret society he does not even know much about.

“I just laugh it off because I serve the living God, the Almighty God, His name is Jehovah, the creator of the heaven and earth, through His son, my Lord and saviour Jesus Christ.

“I don’t belong to anything called illuminatiand I also don’t intend to belong to any secret society for any reason,” Abeiku told this reporter when he sought clarity on the issue when they met in Mombasa, Kenya on a business trip.

Abeiku’s name was linked to the group (which many believe does not exist) after the one-week observance of Dancehall artiste, Ebony on Sunday, February 18.

He apparently made a hand gesture which members of the Illuminate allegedly make.

The presenter said when he went to Kenya on Monday, February 19 after Ebony’s one week remembrance , he started receiving messages about news making rounds on social media of his involvement with the group.

Abeiku, who emceed the one-week rite at a point explained that as he waited for a speaker to finish, he clasped his fingers to occupy himself and not to signal he was a member of any secret cult.

“Well, I like playing with my fingers and as a young man who appeals to the youth, we call something, ‘swag’ which gives rise to some of these gestures.

Abeiku expressed shock that some people could just concoct stories out of nothing.

“I don’t even know the sign of illuminati and that makes this absolutely ridiculous and madness.

Not just falsehood, it is wickedness for somebody to sit and say something out of the mind and expect the public to believe it.

“Then I was wearing a ring I bought when I visited Israel and they said it is an Illuminati ring.

So I’ve bought another one in Kenya, and I don’t know what they will say about this one too,” he said.

Born Gilbert Abeiku Aggrey, he wondered why some people always wanted to credit every achievement and victory to the devil.

“There are illuminati perfumes, illuminati cars, buildings, clothes and what have you.

Why are we giving credit to the devil for everything, why, what is the meaning of this?” he asked.

Abeiku entreated his fans, admirers and followers to treat the rumour with a pinch of salt.

“Ignore this falsehood and propaganda linking me to Illuminati; there is nothing like that,” he said.

He said he rather belonged to professional associations which membership were open and where great minds met to discuss ideas, innovation and how to make progress in their careers and endeavours
Abeiku Santana is just the latest addition to the list of celebrities who have been tagged as members of Illuminati including Hiplife artiste, Sarkodie.