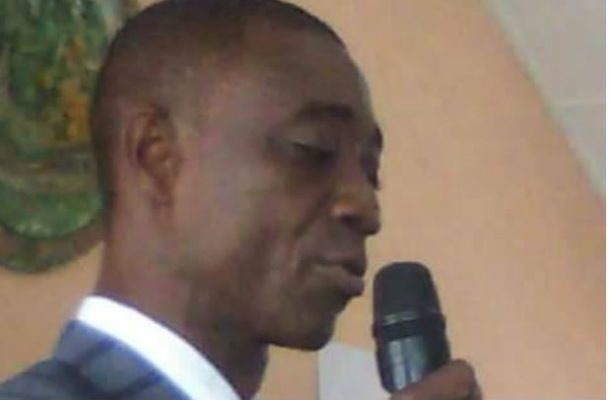 A former Municipal Chief Executive for East Akim Municipality in the Eastern Region, Simon Peter Asirifi, who served under former President John Mahama, has passed on.

According to close family sources, the late MCE died at the Korle Bu Teaching Hospital on Saturday where he been rushed to after a short ailment.

The late MCE was to contest Victor Smith for the National Democratic Congress’ (NDC) parliamentary slot for Akyem Abuakwa North Constituency, but later pulled out for Victor Smith to go unopposed

His business partner, Parry Michael Marcus, who is heartbroken by his demise, shared memories of their last encounter with Citi News.

“I went to his house on Friday and his wife informed me he is not well so he is taking a nap, he gave his wife some documents I needed for a project we were working on that I needed to send to Accra so after receiving the documents I pleaded with his wife not to allow anyone to disturb his sleep.”

“I was asleep this evening when I heard my phone rang, it was my cousin who stays close to Hon. Asirifi in Osiem telling me my director is dead. How can that be possible because I left his house on Friday and Sunday he’s no more. I wasn’t convinced so I called my student who also resides opposite Hon Asirifi’s for confirmation and she told me it was the truth that my boss is no more”.

I’m supposed to give him feedback on our business tomorrow Monday after I took the documents to Accra on Friday, how can this happen to me, how come good people do not live long enough here on earth, I am really heartbroken and I am going to Oseim now, he said”.

According to Parry Michael Marcus, the death of the former MCE will be a big blow to many families he supported.

“He was generous, he never used his position as a Chief Executive to manipulate people, but he encouraged his subordinates and anyone he came into contact with, he supports the education of a lot of students and supports families as well, and this will affect many people who depended on him including myself.”

Citi News understands the news of the demise of the former MCE has shocked many in the Eastern Region who are trooping to his house to verify the report.

Why can’t we do what others do? -The Seer Asked