Doty Ranking broke onto the music scene with street dancehall vibes and elements, freestyling on existing beats at parties, big events, and regular pub hangouts within the Spintex communities.

Doty gathered a few fans while exhibiting a clear passion for what he loves doing best. He later got to the studio to release groundbreaking singles like ‘Heavy Weight’, ‘Bad’ and ‘Mac-90’ and since then, the story has never been the same from 2019, 2020, and on.

Unarguably, he is the fastest rising dancehall artiste based on Spintex Road, Accra. Currently, he is the most talked-about artiste within the Spintex community and also in notable parts of music-loving zones in Accra.

The yodeler cleared his throat on a master record this year to open and seal 2021 in a grand style. Doty arranged a message that the average youths and youth at heart around the world are able to relate to.

Song titled ATM, transcripted as ‘All About The Money’ was produced by a not too popular prolific sound engineer known as Cunda Liny. Independently released on the 5th of November.

You can find ATM across all major digital music stores and on mass social media platforms like Facebook stories, Instagram stories and audio, TikTok, and also on Snapchat.

In just after barely seven days of the premier of ATM audio, digital streams have already accumulated to two thousand streams on platforms like Apple Music, Boomplay, Audiomack, YouTube, and a few others.

This is a step in the right direction and a milestone worth celebrating, knowing he is a young chap doing wonders with the microphone.

Kindly get on the digital music stores of your choice and search ‘ATM by Doty Ranking’. Stream, comment, and share to encourage him to keep going. Official music video drops the Friday, 19th November.

Stay connected with the dancehall gem via his social media platforms. 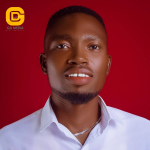